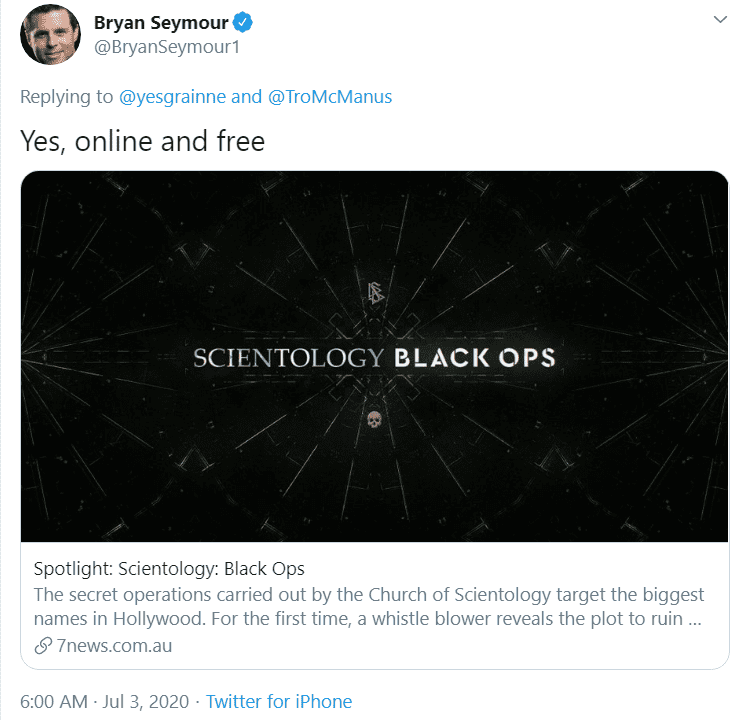 Celebrity anti-Scientology tribalist Bryan Seymour was all set to release a ten episode broadside against the Church of Scientology. He and his network 7News Australia were promoting the trailer online for a couple weeks. It was even re-tweeted by the Tampa Bay Times’ Celebrity AntiScientology’s No 1 Fangirl, Tracey McManus: 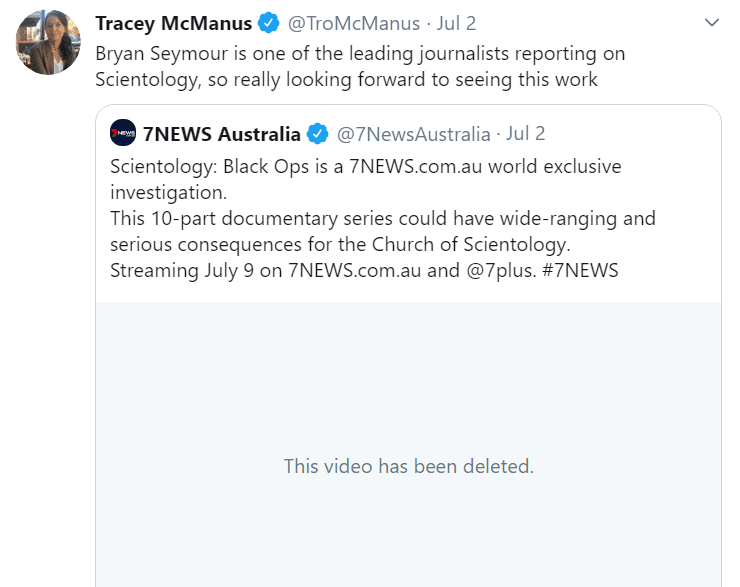 The original release date was July 9th. Then, on Twitter, Bry said the release was being delayed “for legal” and it would be dropped on Tuesday July 14th Aussie time.

But it didn’t drop, and the trailer was pulled from the web, the promo videos were pulled, and the 7 news webpage that held the information for the show presently returns a 404 error. 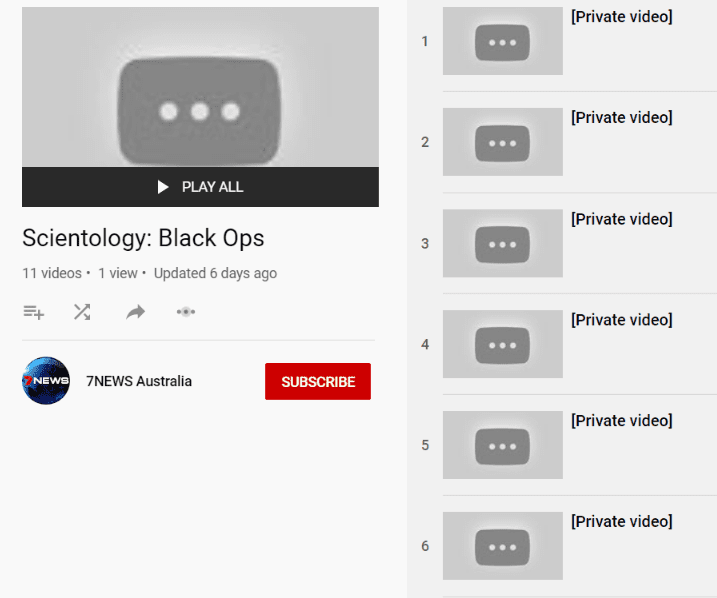 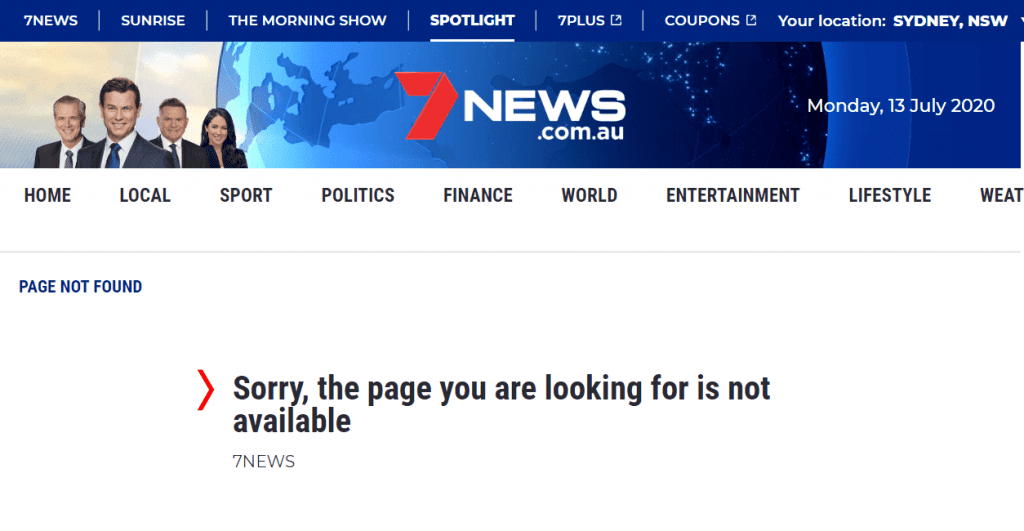 All with no explanation.

This is similar to the kinds of erratic behaviors that A&E exhibited when they pulled Danny Masterson’s alleged rape victim Chrissie Bixler’s interview 3 times from airing on Leah Remini’s ‘Scientology and the Aftermath’.

But this time, Bry doesn’t have Tony Ortega to cover for him like Tony did for Leah and Mike, lying about why a rerun episode aired instead of a new episode in the middle of the season “It was just a well-deserved break after an Emmy win”. This time, even Tony, who was in Bry’s show, doesn’t know what happened.

“What the fuck has she ever done in her life? You know, to accuse HIM of THIS?”

Could it be because they trash the victim of Paul Haggis’ alleged rape at 1:29 of the trailer, with whom Haggis has ongoing litigation?

In what world is it okay to trash a rape accuser during litigation? In the highly tribal world of Celebrity Anti-Scientology, that’s what world. Most of these people don’t see the cruelty here, or how hypocritical they are being because hey – it’s ‘us vs them’ and as Paul Haggis says, ‘they’re scumbags!’.

I was really ready for this show. I wanted to see how they developed this trashing of Paul Haggis’ rape accuser, saying of Haleigh Breest, “What the fuck has she ever done in her life? You know, to accuse HIM of THIS?”

You mean since Haleigh Breest doesn’t have an Oscar like Paul does, she can’t seek justice for rape?

Again, these people don’t see their arrogance, their elitism, their cruelty, or their hypocrisy. What if Danny Masterson’s wife said this of Chrissie Bixler? We would never hear the end of it from Celebrity Anti-Scientologists. It would be the worst, most disgusting act of victim-shaming ever.

But to these guys?

It’s just another chance to dead agent the enemy tribe.

And still, too few Ex-Scientologists ever question this manipulation.

I’ll be following the developments here. I still hope this series airs. It was looking like a great new series of anticult propaganda.